A kiss from a homeless guy, some interesting facts about “The Most Terrible Poverty”, and one of the greatest gifts you can give.

“The most terrible poverty is loneliness, and the feeling of being unloved” -Mother Theresa 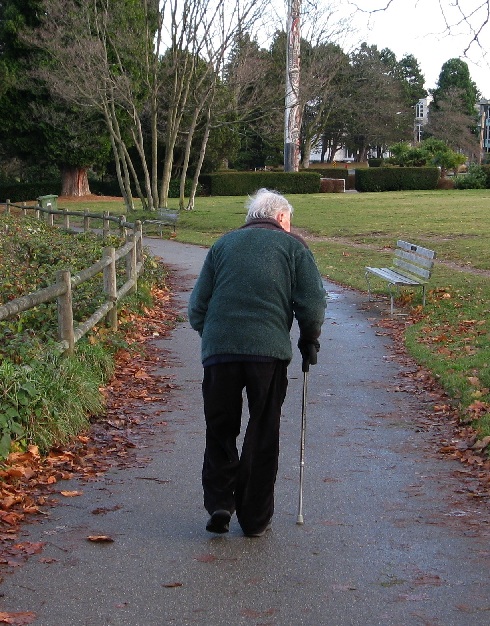 Let me establish right off that I didn’t go out looking for a kiss from an inebriated homeless man. Had I been warned of such a possibility, in fact, I would have kept on moving. But as it happened, the prospect was far from my mind when I stopped to address the man’s request for spare change.

It was his lucky day; before I left my apartment for the bike ride I had thrown a few months’ worth of accumulated small change into my backpack, anticipating the request I had just received. The man was dumbfounded. He thanked me profusely and, with the hand not occupied by a beer, offered me some earrings still mounted on a piece of blue cardboard. I had politely declined–I’m more of a brooch kind of guy–and thrown a leg back over my bike when he spoke again.

“Hey, come over here,” he said, his tone friendly. By this time he had retreated to sit against the side of a building, in the shade. For reasons I can’t now recall I decided to indulge his invitation.

I can barely remember our conversation now. We spoke for half an hour, though, and he told me that he had lived on the streets for years, and rarely spoke with anyone. He was clearly grateful for our exchange, which was punctuated at the end by his wrapping an arm around me and planting an affectionate peck on my cheek. I had no doubt that I was speaking with a terribly lonely man.

A lot of us are lonely, it turns out. According to John Cacioppo and William Patrick, authors of the 2008 book Loneliness: Human Nature and the Need for Social Connection, about 20% of the population at any given time experiences sufficient social isolation to feel significantly unhappy. Which makes it just about certain that all of us have friends and family who could use more of our companionship.

The book offers an insightful look at the widespread problem of loneliness, and contains plenty of reasons to reach out to the lonely people in our lives this holiday season. Here are just a few:

When your hand touches a hot stove, your body immediately reacts to make you pull away. But when we become lonely, no such negative reflex exists, say Cacioppo and Patrick. Instead, as loneliness increases, our ability to counteract it becomes increasingly hampered. It’s a classic catch-22: the cure for loneliness is meaningful social interaction, but the frustration of loneliness actually makes us more hostile, despairing, and depressed, and thus less socially appealing to others. We all have a lonely old relative we tend to avoid being trapped in a conversation with. But tragically, the more they’re avoided, the worse their social skills become.

Loneliness is bad for our health

Loneliness increases stress hormones, impairs our immune system, and decreases cardiovascular function so much that the effect of severe loneliness on the body has been shown to be similar to the effects of high blood pressure, lack of exercise, obesity, or smoking.

Loneliness is human, which is the problem

Because social isolation was so much more life-threatening to our ancestors–think of the consequences of being exiled from the community ten thousand years ago–the feeling of loneliness is actually hard-wired into our genetics. Unfortunately, it means that none of us is immune from feeling lonely occasionally. But it also means that for most people, help isn’t far off–since we all know the feeling, we’re all capable of the empathy required to help another through their own feelings of isolation.

Which is why making some time for our socially isolated friends and family is one of the best things you can give them. And who knows? It might just get you an appreciative kiss on the cheek.

3 thoughts on “Give Companionship, One of the Greatest Gifts”