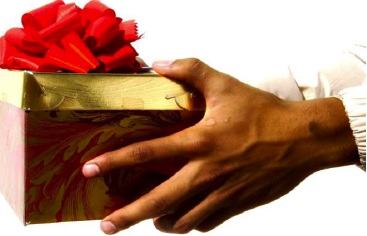 Give selflessly, altruism out of pure intentions.
Give way, some events should have more priority.
Give yourself away, it requires true love and trust.
Give back, reciprocity can be a beautiful exchange.
Give birth, creating a new branch on the family tree.
Give it a go, because nothing happens when you don’t.
Give away, because receiving is often far less important.
Give it your all, sometimes doing anything less won’t cut it.
Give room, because some ideas deserve some slack, just like people do. Photo by mmagallen on stock.xchng
Give unconditionally, without recognition or reward, without hesitation or regret, without limitations.
Give cheerfully, out of joy to make things better for others, it provides a feeling of accomplishment.
Give a damn, it’s worth defending your thoughts if you really mind about the issue being discussed.
Give up, when the challenge is too big, the ultimate measure of a man becomes a test of character.
Give warmth, because it matters how you make someone feel and it’s good to light another candle.
Give a smile, lighting the room with the most positive expression there is, it doesn’t cost anything.
Give time, it’s a gift card that can be used for any activity in the world, but there are no refunds.
Give generously, making a real impact by being kind, doing more than anyone would ask of you.
Give wisely, you accomplish more when you have a smart approach to achieve your noble goals.
Give from your heart, there are few things more important when you present a gift to someone.
Give thanks, a small gesture that can make all the difference to someone who makes an effort.
Give the look, an indescribable expression, but everyone who sees it will instantly recognize it.
Give attention, so you invest your time without wasting it on something you don’t care about.
Give a break, we all experience the need to get rid of some of the pressure people put on us.
Give something, it doesn’t matter what it is, it’s the thought that counts for those who count.
Give forgiveness, which is difficult to do, but it can lead to a wide array of wonderful things.
Give care, no one wants to have lived a life alone, we grow by forming strong relationships.
Give it forward, where the receiver becomes the giver by sharing the gift of helping others.
Give your life, there isn’t a bigger sacrifice to show how dedicated you are to your cause.
Give aid, where empathy gives us feelings of compassion and where people need it most.
Give it some thought, we need to think things over before we can purposely act on them.
Give kindness, that’s all we really want from other people, so take the initiative yourself.
Give them hell, when goodness encounters injustice, it becomes a force to reckon with.
Give the sack, even when nobody wants it to happen, some things are just inevitable.
Give in, when not all battles can be won, you sometimes have to accept that you failed.
Give a compliment, because it’s always nice to make others feel good about themselves.
Give a chance, some people will amaze you when they see the possibility to impress you.
Give love, which is the most charitable way to enhance someone’s life through doing good.
Give notice, for the time needed to adjust, it’s the announcement that prepares for the loss.
Give hugs, creating a culture that reflects a positive connection with other people in our life.
Give presents, finding stuff only you would ever give to them, being authentic and personal.
Give appreciation, everyone likes to get it, so spread it abundantly and with utmost sincerity.
Give a piece of one’s mind, which expresses the thoughts that were once hidden from others.
Give freely, considerations are often unnecessary when you do something moral instinctively.
Give it meaning, that’s when real value is created, it’s the quality that explanation focuses on.
Give an ear, sometimes all you need to do is listen, you don’t have to speak a word to matter.
Give an opinion, every one of them might strengthen the support of the best decision possible.
Give up the ghost, it may seem like the end, but the extraordinary will always live on in others.
Give a heads up, because it’s better to be prepared than to be caught by an unwanted surprise.
Give gifts, offering something without expecting anything in return, just doing someone a favor.
Give your heart away, the biggest and most special commitment you can make towards someone.

[Editor’s note] As a bonus, Rick has kindly offered a nice looking PDF version of his work so you can, indeed, print it and put it on your fridge. Thanks Rick.

8 thoughts on “50 Ways to Give: A List Worth Putting on Your Fridge”