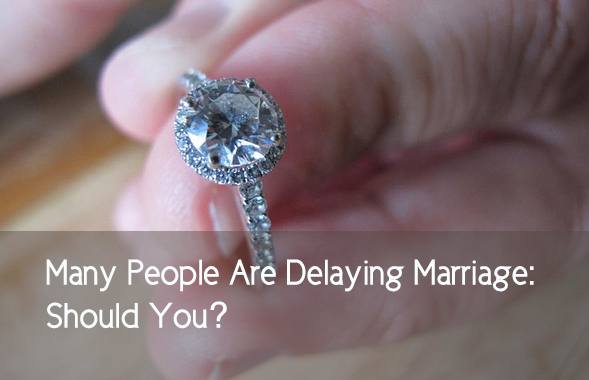 image by buzzfarmers adapted for use under creative commons

Millions of Americans consider marriage to be a sacred and cherished life event; their wedding day being one of the happiest days of their lives. We spend years searching for our “soul mates” at numerous locations and means— whether it’s at school, work or even online. Having a life partner to share our lives with gives us a sense of love, protection and maybe even financial security. There are different personal, spiritual and religious implications that may be involved.

Whatever the case may be, marriage is on the minds of many single, of age Americans. Marriage may look good on paper, but in today’s dating climate, there’s a definite need to use caution before setting down. 50% of marriages ultimately end in divorce. You could undergo messy divorce proceedings, custody hearings and be subject to high alimony payments. Despite the known risks, successful marriages to happen; so how do you know if you are actually ready for marriage?

The correct answer depends on each individual question, there’s no formula or conclusive data to say one way or another. But what can be looked at are the changing social implications of marriage; as well as our views on dating, marriage and monogamy. Thanks to the U.S. Census, we can look at marriage trends over the past 40 years to determine whether or not Americans more or less are ready for marriage.

The U.S. Census Bureau examined the ages of first-time marriages (for both men and women); pulling data from 1970, 1988 and 2009. Conveniently, the researchers included average ages in their findings. A quick, but careful observation of the data tells a revealing story about American’s changing attitudes toward marriage over the last 40 years. The findings revealed that fewer Americans are getting married— those who do are getting married later in life.

Back in 1970, the median age for marriage for men was 22; 20 for women. Fast-forward to 2009, and the median age jumped to 28 for men and 26 for women. One of the major delays of marriage today is that women are pursuing and exceeding in their careers. The old-fashioned notion of a housewife is irrelevant in our bustling, modern society of today.

Life goals no longer have an exact timeframe— the economy and the demanding job market base when and how we do things. How do you discuss (much less think about marriage) while pursuing higher education or climbing the corporate job ladder? Our society, without question, views financial security and career growth as being more important than ever.

Today, Americans are empowered to live life on their terms (so long as we are successfully developing ourselves and contributing to the community and country). While the idea of opting out of your career for marriage is certainly romantic, it is no longer a practical approach to marriage. Instead, ask yourself what makes you happy and if the timing is right. Whatever you decide; whenever you decide— it’s nice to know that the pressure is off (more or less) to jump the gun.

3 thoughts on “Many People Are Delaying Marriage— Should You?”