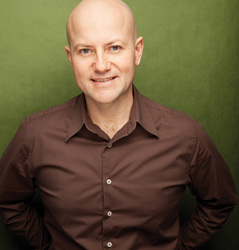 Interest in human psychology, communication and how it impacts society began early in his career. He nurtured and cultivated his intuitive side any chance he could. Dealing with any situation with both gut instinct and careful realistic strategy, what happened in his pursuit of structure would influence the rest of his life.

Patterns became a huge part of his daily routine. Searching for the related continuum to rationalize and strategize his goals, Brad began turning chaotic situations into structures that would serve as a building base rather than a barrier. Analyzing the parts of a problem and breaking down its components enables us to determine what is initially contributing to the issue. Viewing the patterns as they occur naturally, Brad gained insight and a deeper appreciation of all surrounding situations and people.

This organization of patterns traveled with Brad throughout his career. From Accounting, Graphic Design, to Marketing and Business Management, the patterns evolved with a rhythm that made critical situations less daunting and more productive. Brad refined the medium whether it was people, numbers, or material, developing the speed and skills required to transform difficulty into prosperity. This became know as his gift which he uses as a catalyst for the change his clients now seek.

Brad now lives in beautiful British Columbia and is the principal of his own practice. He has contributed to the well-being and self-improvement of numerous individuals and businesses alike. He continues to refine his work on Managing Chaos and Human Development. Brad is a distinctive contributor to the future of personal human growth and the human aspect of business system management.

Have you worked with Brad ? Tell your friends!

Brad doesn't have any reviews yet.