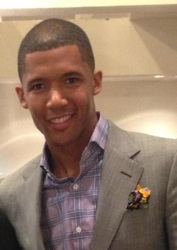 I coach individuals and teams who are in need of identifying their self in life, business and relationships. I help my clients grow using biblical principles, and identifying their innate abilities.
Request Free Consultation

Over the years, Charles’ professional and personal experiences have prepared him to take advantage of life’s opportunity; all the while shaping and molding him into the man that many have come to love and respect.

As a native of Atlanta, Georgia Charles overcame many of the same economic, family and social adversities that young men face; from growing up in a single parent home and incarceration to substance abuse and being a teen parent. Despite the obstacles, Charles chose to allow those experiences to push him to become diligent, determined, and destiny-driven. Inspired by the passion to succeed, entrepreneurship drew Charles in at an early age. At the age of 13, Charles started his first business, which did not prove to be the most profitable monetarily; however the experience later proved to be valuable and applicable to every area of his life.

Upon graduating from high school in 1999, Charles then moved to Ohio to escape the distractions of his hometown. Charles’ entrepreneurial spirit has propelled him to many accomplishments, such as: starting his own record label and management company, working with Sony Records, motivational speaking and mentoring for business professionals and high school students on behalf of the Ohio State University, DeVry University, BMW of North America and the Atlanta Braves.

Amongst his many accomplishments, Charles was listed as one of the top 25 under 25 business professionals in 2006 in Ohio while pursuing his MPA. He is also the author of two inspirational leadership books set to release at the end of 2013 titled, “The Takeover” & “Surviving is for Suckers.”

His philosophy is, “It’s not who you know, yet who knows you!”

Have you worked with Charles ? Tell your friends!

Charles doesn't have any reviews yet.