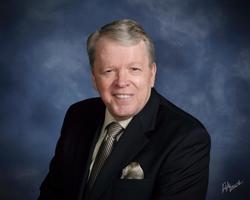 Our ideal client is a business that provides products and or services to both local and regional areas. We assist start-ups, small – sized and medium -sized companies to achieve sustainable success.
Request Free Consultation

President and Senior Partner for Edge 2 Edge Business Consulting & Coaching a thirty-six-year-old company assisting in transitioning and re-inventing businesses in the United States, and Europe to achieve sustainable success and growth.

Over the last thirty-nine years, Dick has served as a keynote speaker and presenter for organizations and conferences in the United States, Ireland, Scotland, United Kingdom, Cyprus, Italy, Greece, Germany, Canada, and Mexico, in addition, is considered one of the top communication and relationship experts.

Dick’s experience both in national and international business and owning successful businesses gives him a unique insight into executive, business, relationship, and leadership coaching.

Sustainable success in your business is by design and not by chance. What got you where you are today will not get you where you need to go tomorrow. Let us help you design what success looks like for sustainable profit in your business and success in life. His relationship coaching with pre-marital and married couples for over twenty-five years has resulted in less than a ten percent divorce rate while the national rate is over fifty percent.

In 1992 Dick develop and authored the ICS-Connect program which quickly gained recognition in the business world. In 2005 ICS became a division of Edge 2 Edge Business Consulting & Coaching. In 2010 ICS-Connect, LLP became its own entity.

While teaching at the University of Houston, Dick received the Instructor of the Year award.

Dick is a veteran of the United States Air Force. He lives in New Braunfels, Texas.

Have you worked with Dick? Tell your friends!

Dick doesn't have any reviews yet.

Try Feedforward Instead of Feedback

What is the last word that most of us think about when we receive coaching and developmental ideas? Fun!

There is no way to eliminate all the risks associated with starting a small business.

Questions you should answer before getting into your own business

It seems as though everyone wants to start their own business. Seems easy enough doesn't it? Come up with a good idea, and the dollars roll in.

A true story: I was sitting in a board room with the eight top senior staff members of a corporation with 500 employees.

Leadership coaching – Taking Leaders To The Next Level