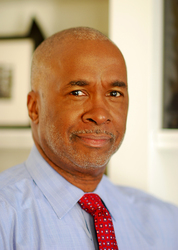 Mid-career professionals looking to transition to entrepreneurship and students looking to start their careers. Folks who need a little life and career guidance. Most mentees and clients are women.
Request Free Consultation

"If you don't create your own direction, others will help you stay lost."

A frequent motivational speaker and leadership trainer around the country, Glenn Proctor is a no non-sense coach, mentor and media strategist to professionals, students, corporations and small business. A 2012 graduate of the Life Coaching Institute, he has partnered with other coaches and trainers around the country over several decades.

Proctor worked at newspapers in Pennsylvania, Iowa, Kentucky, New York, New Jersey, Ohio and spent time as a press secretary on Capitol Hill and was editor of the newspaper at Marine Corps Base, Camp Lejeune, NC.

He retired as executive editor/vice president-news of the Richmond Times-Dispatch, ending 40 years in journalism. Glenn shared in Pulitzer Prizes at the Akron Beacon Journal and Newark Star-Ledger and is a five-time Pulitzer Prize judge.

He taught journalism at Kent State University, media management and entrepreneurship at Washington and Lee University, was executive in residence for the Maynard Institute Management Program at Northwestern University and has lectured at more than 30 colleges and universities, including Columbia University.

The recipient of the National Association of Black Journalists’ Legacy Award, he received the Charlotte Mecklenburg Black Chamber of Commerce’s Member of the Year Award as well as numerous community service awards around the country.

Glenn is a former Marine gunnery sergeant and Vietnam veteran and is a mentor for several veterans groups.

He is the author of three books - a motivational e-book and the first two volumes of his poetry series, the Finding Dust Trilogy. The last of the series is due out in spring 2016. Two other books - a management guide and a relationship book - are due out in late 2016.

Have you worked with Glenn? Tell your friends!

Glenn doesn't have any reviews yet.