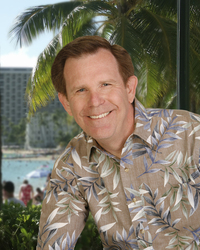 I coach people with a technology background seeking something more. Whether it is to develop authentic leadership or a healthier, more balanced life, I help my clients become their highest selves.
Request Free Consultation

I have always loved learning when I directed my own learning journey instead of following the pre-designed path of so-called experts. My first career was to manage, design, and implement computer software. I thought I would always have lots to learn in that profession because technology changed so much and so quickly. Eventually, though, I found that creating software was no longer enough. I wondered if there was anything more to learn.

My two daughters showed my next step forward when I discovered how wondrous the development of the human mind can be when a person is supported in becoming their highest selves. I became fascinated with how human beings learn, grow and become capable human beings. I discovered in that process that there is so much more to becoming a capable human being than logic, or technique, or processes could ever describe.

I grew up in Hawaii, lived in New Hampshire, now live half-way between in Northern California with my wife.

Have you worked with Jeffrey? Tell your friends!

Jeffrey doesn't have any reviews yet.