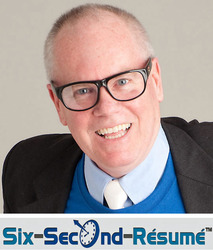 I facilitate career choices and help with interview skills. My clients believe in themselves because they have a coach standing next to them, giving them permission to be great.
Request Free Consultation

I started out a child just like everybody else. I did chores around the house, I mowed the lawn for my Mom and Dad and I enjoyed going to school (most of the time).

At age 8 I started delivering a weekly newspaper and when I was 10, began caddying at a local golf course. I made $4 for carrying someone’s clubs around the golf course, plus they would buy me a soda and a Snickers bar after the first nine holes. What a great job!

Through high school I worked pumping gas and doing construction jobs. After high school I took a year off from school and managed a gas station and lived on the sailboat I purchased. The following spring I took the money I saved and sailed solo for 3 months up and down the inter-coastal waterway. In August I sold the boat and started college.

I worked my way through college as the Assistant Manager and Projectionist at Cinema City Theaters in Tabb, Va. and later held paid positions in Student Government at Christopher Newport College, now CNU. One of my professors, Dr. Webb, made it possible for me to teach beginning sailing as an adjunct professor while attending college.

I have owned 5 businesses including being a professional chimney sweep. My brother Brian and I owned Quassword Cards TM, The Crossword Puzzle Greeting Card. We sold over 10,000 greeting cards in hospital gift shops around the country and were featured in the Spilsbury Puzzle Companies 1995 Holiday Gift Catalogue.

In Williamsburg, Virginia, I bought a vending business and built it from $90,000 in gross sales to over a quarter of a million dollars when I sold the business two years later.

I have had the good fortune to have also worked for several great companies including the now de-funct Best Products Co. Inc. The senior managers of that company, put a big emphasis on teaching.

My motto is “I love getting up in the morning, because I learn something new everyday."

Have you worked with Joel? Tell your friends!

Joel doesn't have any reviews yet.