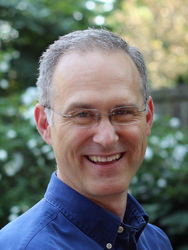 Stuck in a job others envy and wish you could do something else? Dreaming of a better life but can't figure out how to get started? That’s what I do for my clients and I’ll help you do the same.
Request Free Consultation

Have you ever had this conversation with yourself?

“It feels like a continuous grind and nothing’s ever going to change.”

In one moment you’re working so hard to make something happen and in the next you’re procrastinating because you can’t figure out what to do.

You consume information with hopes of a revelation. You follow the “experts” because they look like they’ve found the thing you want. You want their magic formula while wondering if there is one.

But you're starting to see something. A pattern. You’re caught in the seesawing conflict between hope and despair.

You are not alone.

Ken felt that he wasn’t an effective leader in his role and that other things owned his time.

Turning questions on their head and striking the balance between empathy and accountability helped Ken get clear on what he really wanted. He started looking at things in ways he never considered.

He now feels twice as productive when he owns his time because he knows he’s spending it on the right things.

Another client, Angela, described herself as drifting aimlessly in moving forward with the dreams for her business.

Working together, she faced her self-sabotaging mind-set. Catching herself ruminating in the same patterns of thought blocking her from growing her business.

She dislodged long held beliefs and transformed them into creative options. A transformation she says has infused every part of her life.

“We don’t always get that knowing what to do and implementing what you know are two entirely different things.”—Dusan Djukich

Things didn’t start changing for Ken or Angela until they made the choice to take action. I’d like to offer you the choice to do the same.

Click the button above and have a conversation with me to change your trajectory and create an inkling of what's possible for you.

I promise, from this one conversation, you’ll leave with more clarity about one thing in your life, giving you new choices and actions to take.

All the best,
John

Have you worked with John? Tell your friends!

John is great. A little bit different approach, but I really like it.

I had the opportunity to work with John through my job. I was skeptical at first about the value that a coach could bring, especially someone who might not have direct experience in my line of work. And it took a few sessions for me to see the value in it. It wasnt until I fully engaged, and brought up tough problems that I was facing, that I really saw how coaching, and John in particular, could be extremely helpful. Through our coaching John took on several roles: sounding board, accountability partner, and cheerleader, among others. I was amazed at how well John could help me get at the real issues that were blocking me, which was typically me getting in my own way. I came to think of our sessions similar to a hit of caffeine when tired, something that broke up the log jam and energized me to go out and accomplish my goals. I would often think about What would John say, or ask in this situation, and even outside of our sessions that would usually help me move forward. After the conclusion of our sessions Im still reaping the benefits of working with John. The coaching experience with him has helped me up my game and make me more productive, assertive and confident in my role. It was a great experience and I would recommend John to anyone. Even if you dont think you need the help, hes going to surprise you by what you get out of it.

John is a great coach. He uses variety of methods - so that coaching with him is neither boring nor one size fits all - and despite my initial scepticism, he was quickly able to identify, how to work with me in an effective manner. He helped me a lot to gain self-confidence and better understanding of myself - which helped me at work as well as in my private life. Plus it was fun! I also appreciate that John is as coach able to work with non native English speakers without any problems. I can very highly recommend him. Thank you, John!

Before I started working with John I was more of a go with the flow type of person. Johns style of coaching creates a safe and judgement free environment that allows me to better understand what I really want to accomplish. He challenges me to rethink my normal patterns of thinking while pushing me just far enough outside of my comfort zone to make consistent progress. As a result Ive become more assertive, found more time for myself, and am getting clearer about what I really want.

I've worked with John professionally at Red Hat and later did coaching with John. In our coaching, I appreciated John's sense of humor and his deep questions. John helped me think through my values so that I'm spending my time effectively and getting energy from the things that I actually want to do the things that I need to do. If you feel overwhelmed or lacking focus, John can help. John isn't into discipline gimmicks or one-size-fits-all techniques for getting life under control. John works from the perspective of "getting clear on what I want." This drives the changes I decide are most important. Using this question and my values as a filter makes it much easier to spend my time on the right things. I'm twice as productive when I own my time instead of letting other things "own" it. John strikes an effective balance between empathy and challenging accountability. He turns questions on their head and looks at problems in ways I would have never considered. If you want to get "unstuck" or be an effective leader of your life, try one session with John and see what it's like. Please listen to John's podcast if you want to hear more about his personality and his style. One of the latest ones, "Preparing For Your Next Job Interview (#79)", is full of examples of what I found that it's like to work through a coaching session with John. When I get stuck at work, I like to re-listen older episodes like to "Just Do Something (#26)" or "What Could be Fun? (#16)". Whenever I come back from a vacation, I like to sit down and re-listen to "Keeping the Vacation Glow Alive Longer (#11)". Everyone takes vacations, and this helps me respond to the feeling of dread/whiplash that can happen when that large email inbox is waiting for me when I get back. John also has some of the best guidance for running effective meetings that I've ever found. Two episodes that changed the way I handle meetings in my life: "How to Handle Dominant People at Meetings (#17)" and "Dealing with Worry at Software Project Meetings (#2)".

Before working with John my life was good, but I had no idea how much better it could be. I sensed that I wasnt living up to my true potential. I knew I was good at certain things and had some vague long term goals, but Id never made the time to articulate a crisp vision of the future I wanted or how I would get there. Working with John helped me discover the gap between my big dreams and executing on them. Previously Id had lots of great ideas and goals, but they never materialized. Through a variety of exercises and conversations, John helped me uncover and state my true values and priorities, and from them, create a mission statement and goals that were in alignment with them. It was awesome. I started to getting traction right away. In a matter of weeks I achieved goals I had been dancing around for years. For example, I got a grip on my monthly finances and designed a long term financial road map, started sharing more activities and passions with my wife and kids, moved into a daily work-out routine, and unleashed some entrepreneurial ideas and made them a reality. John was an instrumental guide and a key pillar to make all this transformation possible. He was always open, supportive, and flexible but, never too lax. He added the right amount of structure and pushed me hard when I needed it enabling me to harness my own drive and discipline. I loved it. I would work with John again in the blink of an eye. I highly recommend working with him. It could be one of those life changing experiences that seriously wakes you up to a new way of living you didnt know was possible