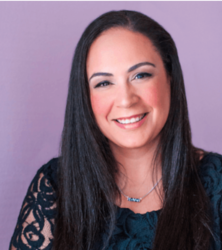 I coach young BIPOC looking to finding their way through a variety of struggles at work and personal lives. Together with my clients we aim to find the balance and happiness they need to succeed.
Request Free Consultation

A first-generation Puerto Rican-American, Lina was born and raised in the Bronx, New York. Lina’s mom was a card-carrying union clothing factory worker and her dad a teamster driver. She was raised in a strong union household that instilled in her the values of fighting injustice at a young age.

Her work in the non-profit sector includes union organizing campaigns, connecting her with workers in various industries and allowing her to help build union membership across the country. Lina’s work progressed as she began to manage pro-worker candidate campaigns through her engagement in the union.

In 2010, Lina began working with the Service Employees International Union (SEIU). There, she focused on building member capacity and political engagement. She’s been the union’s National Political Training Director where she designed curricula and skills development programs for members and staff, geared towards educating members and staff on a variety of topics. Since 2013, Lina has worked on managing Local and Federal strategic partnerships for legislative, electoral and issue campaigns.

With an eye towards partnering with leaders across multiple disciplines, Lina’s approach to building strategic plans and helping organizations grow, has led to a successful coaching career. Centered on measurable victories and a proven record of success, Lina uses techniques she has mastered in her own career to support her coaching clients. She works with her clients to set tangible goals and increase productivity, while focusing on an individual’s personal growth and happiness. She has also worked extensively with people in organizations which are thoughtfully developing a more inclusive and diverse culture. This includes one-on-one coaching, team-building and institutional-wide issues.

Lina is a Certified Community Coach and a graduate of the City University of New York, Hunter College with a B.A. in Africana, Puerto Rican and Latino Studies.

Have you worked with Lina ? Tell your friends!

Lina doesn't have any reviews yet.