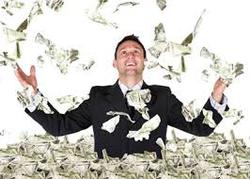 I coach CEOs and new start-up entrepreneurs with their projects. I help clients gain perspective, get clear on their goals, find resources, make cash fast and achieve a healthy balance in their life.
Request Free Consultation

I'm Michael D. Ratner, Ph.D who is better known as MIKE RICH, my former talk radio show host nickname that people in the motivation world still call me and you can too!
​
I have been an entrepreneur since I was teenager and early success led me to publish paid newsletters almost immediately out of college and I co-produced some original radio programs and resource directories. This led me to consult other broadcast outlets on emerging music and audience listening trends and new technologies, this was all before the internet! Soon I was advising political candidates and parties on their messaging, then corporations like PacBell, Sprint, Verizon, IBM, Apple, Nestle were interested in my ideas. I also had success doing market research for Television Preview, Nissan and VISA.
​
Probably my greatest "claim to fame" happened while I was hosting the New You talk show on KEST-AM in San Francisco in 1987 where I interviewed top authors and presenters like Dan Millman, Terry Cowhitiker and the founders of EarthDay. At the end of the show, I ran a segment that played motivation tapes where I talked about my dream idea of starting a real 'Success Club' and lots of people used to call in wanting to join it.
​
Finally I thought I better follow my bliss and start my own Success Club so, I moved back to Chicago where it all happened in the early 1990s. By this time, I had success promoting events for Seminar Services Zig Ziglar, Brian Tracy and Hay House (Deepak Chopra, Wayne Dyer, Gerald Jampolsky) from there I accepted an offer I couldn't refuse that resulted in my becoming the national media manager for legendary author & motivation speaker Tony Robbins. I handled that job for about seven years while managing the start-up of my own indie US News Bureau along other website launches.

Today, I privately consult individuals, organizations and governments. My most recent projects were the Natural Awards and promoting the World Expo in China! Contact me!

Have you worked with Michael? Tell your friends!

Michael doesn't have any reviews yet.