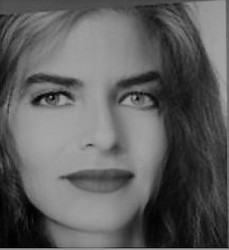 Nataša Pantović is a Maltese / Sebian management consultant working in the United Kingdom and Malta. She has a BSc in Economics, and she has written several books on mindfulness and many articles on personal growth topics for the Times of Malta. She has more than 25 years of experience working with large management consulting companies and consulting independently for various Maltese government organizations and for major clients including Vodafone, Hyder Cardif, and Safeway UK.

in 1991 published her first Legal Advise on Cooperative Law book: Contracts for Companies and Individuals, in Yugoslavia. The author of 9 AoL Mindfulness Books published by Artof4Elements.

The early eMalta years saw a heavy investment by Government in its ICT infrastructure to transform Malta into an Information Society. As Management Consultant working within the MEU, in the Office of Prime Minister, Nataša worked on large number of management and HR consulting projects throughout the various Ministries and Government Institutions.

After helping Father George build a school in a remote area of Ethiopia, Nataša entered the most amazing world of parenting adopting two kids from Ethiopia as a single mum.

While heading a large UK IT company (Crimsonwing, later KPMG) that has set-up its operations in Malta, she was in charge of its Management Consultancy, Training, and Business Development, expanding the company's markets in Europe, and has been invited by Malta Enterprise, to promote Malta as a European near-shore IT outsourcing destination.

Nataša has traveled through more than 50 countries and lived in 5: UK, New Zealand, Holland, Serbia and Malta. As a volunteer she organized six Body Mind Spirit Festivals in Malta, an International Vegetarian Festival, a Children Festival, and 10 days Temples Conference. She regularly writes about variety of self-development themes.

Since 2015 she has released the AoL Series of 9 books, published by Artof4elements, by 7 Authors.

Have you worked with Nuit Natasa? Tell your friends!

Nuit Natasa doesn't have any reviews yet.

Self Development and Mind Powers

Spiritual Journey is a most amazing Journey. It never ends & it is always successful because an invisible driver (our soul) directs the Journey.