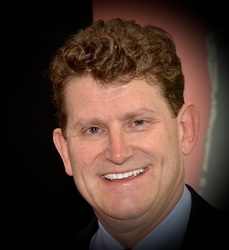 Unleash your full potential with coaching. Explore what's possible with my proven models and systems as well as clarity about what matters most and the accountability to maintain focus on it!
Request Free Consultation

In April 2015, after 22 years with The Coca-Cola Company, Peter announced the formation of his coaching, training, and consulting practice, The Chatel Consulting Group. Peter is an experienced coach targeted on helping executives and business owners achieve extraordinary results through the strategic application of focus, habit and accountability. Peter helps leaders and organizations rediscover the power of purpose, priority, people, process and productivity.

In April 2017, Peter became one of less than 100 people in the world certified to train and coach The ONE Thing. The ONE Thing Workshop is a results-driven training and coaching program that puts the tools and techniques from The ONE Thing into the hands of people ready to fire up their focus for achievement in their professional and personal lives. Peter is also a member of the John Maxwell Team where he was certified as a coach, trainer and speaker in March 2016.

During his time with The Coca-Cola Company, Peter held ten different leadership positions within the Quality and Technical Function. Throughout his career, Peter has developed and executed strategies to deliver improved business performance by focusing on what matters most. Prior to joining The Coca-Cola Company, Peter was a leader in Arthur D. Little, Inc.’s (ADL’s) Environmental, Health and Safety Practice and was based at ADL’s headquarters in Cambridge, Massachusetts. During his seven years with ADL, Peter was recognized with this firm’s prestigious Presidential Award for his leadership in significantly growing the EHS Training business. Peter received his BS degree from Cornell University and earned MS Degree in Environmental Engineering from Northeastern University.

Peter is married to Sarah, a real estate agent and Team Leader of Distinctive Atlanta Homes with Keller Williams Peachtree Road office in Atlanta; and they have a blended family of five children. Peter and Sarah enjoy travel, reading and the arts.

Have you worked with PETER? Tell your friends!

PETER doesn't have any reviews yet.