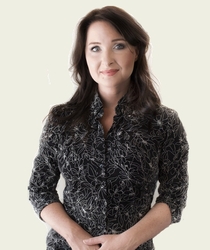 I coach people who in going through transition. Change can be intentional, or very unexpected - we create a bridge to navigate through it, and tap into the true potential of who you really are.
Request Free Consultation

I was a wife, mom, IT professional, writer, and performer. After spending two decades climbing the corporate ladder and climbing the Americana Charts, I bottomed out during the busiest time of my career.

A close friend and fellow musician became terminally ill with cancer, and it shook, what was already built on a shaky foundation, to the dirt. Life immediately seemed very short. Everyone would assume I had it all, but I was miserable and that would just be downright crazy, right? I was an ACoA though and had been living by ACoA rules: Don't talk, don't think, and don't feel. I really had no clue. I was tough, persistent, and uptight; I absorbed and mastered every hobby I picked up. I was promoted constantly, and my marriage was approaching the 20-year mark.

My heart just broke - it shattered . . . I felt like an imposter in my own life. I was numb and detached. So, I decided living that life was unacceptable, and I turned it completely upside-down and started looking for answers.

It was a path that was all over the map, but led me to rebuild it from the ground up, and I vowed whatever I did going forward I would make it matter.

I had not heard of "Life Coaching." Suddenly I was seeing it everywhere. I was learning from them on YouTube, and they were healing me with their messages. I read over fifty books on mindfulness, psychology, CPTSD, and learned everything I could about being an ACoA. Then I had to go through my own therapy and transformation. It seemed the Universe had taken an intervention, and the way forward was standing there saying, "Pick me, pick me!" I wanted to make a difference in people's lives. I immediately enrolled at the Institute for Professional Excellence in Coaching (iPEC) to get my certification as a Life Coach.
​
I started building my practice as a Personal Coach, and I also leveraged my experience in the corporate world to help professionals manage their energy, stress, life balance, and life's inevitable transitions.

Have you worked with Reagan? Tell your friends!

Reagan doesn't have any reviews yet.