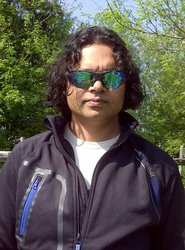 Anyone interested in community transformation, but knowing that individual development is the key. Must be prepared for Healthy living, Entrepreneurship, Spiritual lifestyle and a literary pursuit.
Request Free Consultation

I am a writer who designs innovative ideas and writes original stories to generate conversations that create solutions to common human problems and challenges. That's who I am. Who are you being as a possibility? Invent your global community.

Shaun has worked as a Journalist and Writer for the past 17 years. He has accomplished much in his career, having excelled as a newspaper and television Journalist.

In the course of his career, he has interviewed senior Government ministers, accomplished business people, Canadian parliamentarians, world famous leaders and hundreds of ordinary people.

He has wide ranging experience in the newspaper industry, having founded a national newspaper in Guyana, and two community newspapers in Canada.

His passion is Investigative Journalism, for which Shaun excelled in Guyana, reporting on several State corruption stories. He regularly reported as Lead Reporter, with his stories appearing as the front page headline.

He has written four books, and he publishes a newspaper in Canada.

Have you worked with Shaun Michael? Tell your friends!

Shaun Michael doesn't have any reviews yet.