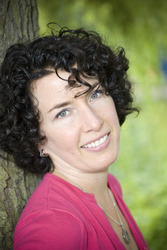 I work with highly motivated and high achieving individuals who know they will be approaching burnout if they keep going the way they are going now, but can’t figure out another way to live their life
Request Free Consultation

Signy Wilson is a fiery, engaging and energetic coach, leader, entrepreneur, and speaker. With over 10 years of coaching experience, she shares her passion for personal success, wellness and empowerment with individuals, small intimate groups and crowds of up to 10,000. Humorous, upbeat, and to the point, Signy’s unique talent for bringing out the best in people, coupled with her personal triumph over cancer, sparks her fiercely held perspective that every human life is precious and significant. An advocate for personal responsibility, Signy believes that when we completely honour our whole selves we can access our own power – and that with that power comes a happier, more fulfilling life. And she is living proof of that.

Signy’s passion, commitment and grounded way of being gets people talking. With a loving – and take-no-bull – attitude, she challenges the thoughts and behaviors that no longer serve, and encourages everyone to stop settling for less in order to make their goals and dreams a reality.

Signy has been short-listed for a number of different hosting and coaching roles on TV, because of her ability to translate her straight-shooting and sincere personality onto the screen, as well as her knack for creating an instant rapport with her interviewees.
Bold in her quest to ignite playfulness and action in others results in successful outcomes – individuals who have worked with Signy report a heightened desire to get out of their own way and live their real, big lives.

Signy received a Masters of Industrial Relations and Human Resources in Leadership Development, and a Bachelor of Commerce Degree from Queen’s University. A senior faculty member for The Coaches Training Institute, Signy has coached leaders in companies including BC Hydro, Royal Bank of Canada, and Vancouver Coastal Health Authority, and has led transformational workshops world-wide.

Have you worked with Signy? Tell your friends!

Signy doesn't have any reviews yet.

When the Job Needs that Vision Thing

What happens when you don't have a vision for the future? What do you do next?

Good networking is about being yourself, connecting with people, finding common ground, and building and maintaining a relationship over time.

You Don’t Have to Kill Your Career to Have Kids

In this article, I address how to stay abreast in the workforce while raising children.

In Fear of Another Ball to Juggle

In this article, I address the challenges of moving up the corporate ladder.

Bringing Sanity to a Dysfunctional Workplace

In this article, I answer the question of whether or not sanity and harmony can be brought into a workplace.