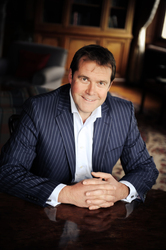 I coach executives, The Simple Way, to lead authentically, have impact on people, teams, companies and markets. I coach teams to connect, collaborate and be brilliant
Request Free Consultation

Simon Tyler is the simplicity resource hired by companies and individuals who are ready to shift away from the personal and commercial pains of complexity.

He has become one the most experienced coaches in the world, with over 4,000 hours of one-to-one coaching with over 500 leaders and executives. He is known for his clear, supportive and challenging communication and his ability to access inklings and intuitions specifically to help each coaching client.

CAREER
Simon transitioned to management consulting and training in 1995, and in the role of director of consulting built a team of coaches at a time when the term coaching was ascribed almost only to sport. He held senior management roles within ICI, BASF and Akzo Nobel before the move to directorship of the lamented Carter & Carter organisation.

In establishing his own consultancy business in 2000 it became clear very early on that his edge and most natural role was that of a personal coach. The business shifted entirely to coaching in 2001. He has enjoyed associate relationships with a number of organisations where his coaching style and expertise has enhanced the value they deliver to clients.

Today, Simon’s coaching extends to working closely with teams, facilitation and speaking, each delivered from the stand point and style of a coach.

COACHING PEDIGREE
Simon engaged extensively with the growing coaching-learning content in the USA when he shifted to coaching in 2000, qualifying and gaining accreditation through Thomas Leonard’s Coachville, and Joanne Dunleavy’s
New Agreements Coaching & Leadership Institute.

Since 2007 Simon has also authored, designed and delivered context-specific coach training in corporate clients to over 300 coach trainees. He is an acknowledged speaker and mentor in this field.

Have you worked with Simon? Tell your friends!

Simon doesn't have any reviews yet.

The 10 Signs of Complexity Overload

Complexity can diminish who we are, restricting creativity, connection and deeply desired results. How do we know if we are caught in complexity?