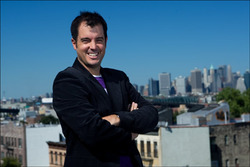 I help men improve their social lives, particularly as it relates to women & dating. I also help men who are in relationships. My practice focuses on 3 areas: lifestyle, social skills and fashion.
Request Free Consultation

After leaving Project Hollywood in August of 2004, kissing “The Game” goodbye, Stephen Nash decided to harness and hone his skills into a more natural, holistic style of meeting, attracting & dating women which could serve a larger population, not just those interested in becoming pick-up artists.

Stephen has been interviewed by Clifford who runs the famous on-line seduction log “Cliff’s List”, David DeAngelo, for his “Double Your Dating: Interviews with Dating Gurus” monthly CD series, Neil Strauss for his “Stylelife Interview Series”, Thundercat for his seduction lair, has appeared on Pickup Podcast and as well by countless other publications and blogs.

Stephen has worked with over thousands of clients, and is the author of the best-selling How To Get a Girlfriend.

He is also known as “Playboy” from “The Game” by Neil Strauss.

Have you worked with Stephen? Tell your friends!

Stephen doesn't have any reviews yet.