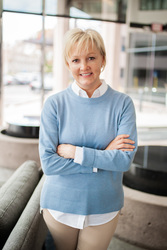 “I never cease to be amazed at the power of the coaching process to draw out skills or talents that were previously hidden within an individual, and which invariably finds a way to solve a problem previously thought unsolvable.” – John Russell, Harley Davidson

During my decade as a National Sales Manager for BlackRock, I had the privilege of managing one of the industry’s best teams (Market Metrics). Our team reached sales target after sales target, winning favor with clients and the admiration of competitors. While one might cite talent, brand or strategy as keys to success, I believe the unmatched results were also a product of laser-like focus, leveraged and fostered strengths, healthy communication, strong EQ and fierce resilience. As a coach and a coachee, I have learned that there is a vital need for leadership coaching in fast-moving, metrics driven organizations – a need, that when met, greatly benefits both the individual and their organization.

But don’t simply take my word for it...

Have you worked with Pam? Tell your friends!

Pam doesn't have any reviews yet.