Habit #3: All Six-Figure Coaches Have One of These 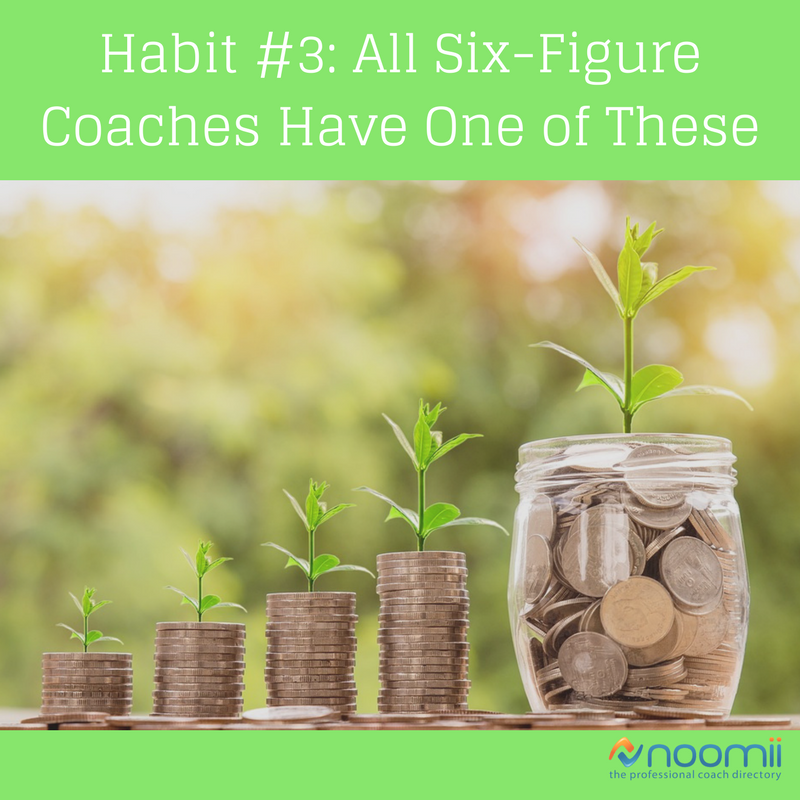 Did you guess it?! Yes, almost every single six-figure coach we spoke to has a coach.

I have more to say about that but first, let me remind why we are sending out this email in the first place.

This is the third entry in our mini-series on the 7 Habits of Six Figure Coaches that we are sharing while registration is open for Deliberate Growth, our group coaching program.

Here are the first two habits:

Enough about that. Let’s talk about the importance of coaches having coaches.

The big hypocrisy of coaching

Do you have a coach?

Most coaches would say they can’t afford it. While that might be a legitimate excuse, there are options if you’re creative. We don’t want to stand for any of those excuses.

If we, as an industry of coaching professionals, hope to sell coaching to the world, we need to be invested in the service ourselves.

In comes the Coaching Circle

A few years ago we created the Coaching Circle because we wanted to make it possible for coaches to have their own coach. Now hundreds of coaches are giving and receiving coaching through that service every single month. It’s awesome.

If you haven’t signed up for it, you should (click here to learn more about the coaching circle).

That said, while the Coaching Circle may solve the hypocrisy of coaching, it doesn’t solve the bigger problem of coaches not earning the money they deserve. Not surprisingly, many of the coaches who join the Coaching Circle want a business coach but because we need to match coaches with other similar coaches, we can’t give everyone a business coach.

But we can provide you with cost effective group coaching with the best business coach we could find.

In case you haven’t heard of him yet, Sifu Karl Romain is the #1 most hired coach on Noomii. He’s the real deal - based on hard data.

When Sifu Karl Romain gets recommended to a prospective Noomii client, he is twice as likely to get hired than the average coach. As a result, he was our first choice when we started searching for a business coach “guru” to teach you how to break the $100,000 mark.

As you can imagine, to hire Sifu Karl Romain on a one-to-one basis would cost you many thousands of dollars. If you have the funds, you should do that. As a member of Deliberate Growth, you get access to Sifu’s wisdom for a fraction of the cost. If you’re willing to commit to six months, you can get the group coaching program for half price - only $129 per month.

Where else can you find world-class business coaching at that price?!! Click the button below to join:

P.S. Even if you are relatively new to coaching and you just want to work toward your first 10 clients, Deliberate Growth can work for you.

Stephan Wiedner co-founded Noomii.com over 10 years ago with the goal of spreading coaching to the masses. In that time he has helped Noomii generate thousands of leads, has interviewed and spoken to more than 1000 coaches, and gained tremendous insight into what it takes to build a thriving coaching business. As a business coach, Stephan creates kick-ass accountability systems for entrepreneurs and free thinkers who want to forge their own unique path in this world. He is happily married to his wife Eryn and together, they have two children. They enjoy hiking, camping, playing music, and being with friends and family.