Lesson #2: Marketing Mastery is in the Doing 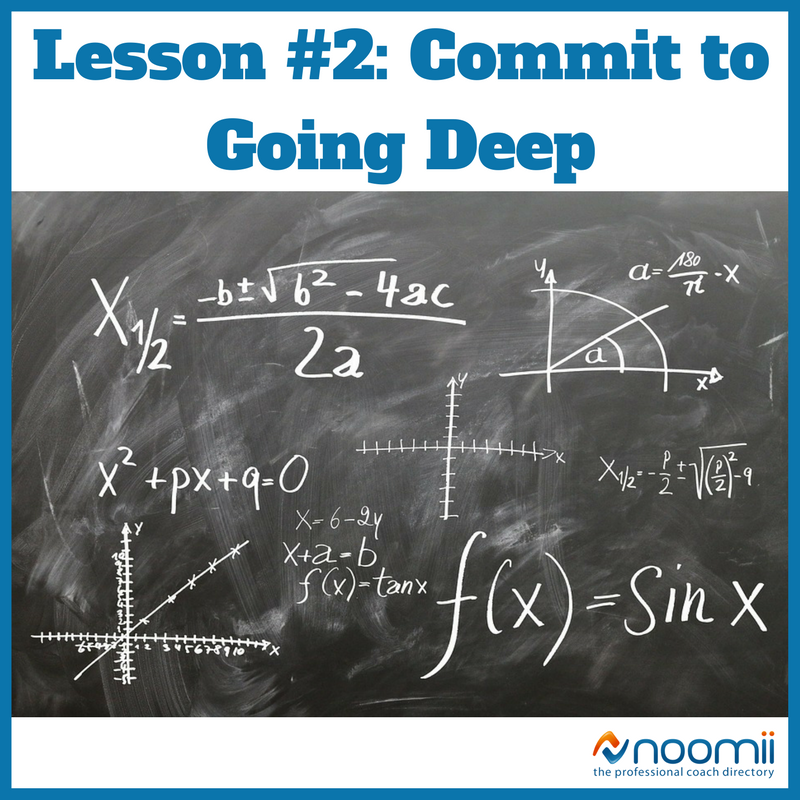 This is the second lesson in my series on developing a six-figure coaching business. In case you missed the first one it’s here:

Lesson #1: The Secret to Taking Your Coaching Business to the Next Level

Now, onto the second lesson in the series…

There are many paths to Coaching Nirvana

I briefly touched on it in the previous lesson but it needs mentioning again. When we first set out to learn from the most successful coaches, we thought there would be one marketing method or tactic that trumped them all. That wasn’t true.

We learned that some coaches excelled at networking, others were great at selling from the stage, some crushed social media and still more did other things, such as blogging, writing books, building apps and more.

If it’s true that many different marketing strategies can lead to a six-figure income, what can be done about that? I offer the following advice:

If you read lesson #1, these steps will look very familiar. They are the steps of deliberate practice.

In short, what I’m recommending is that, in order to grow your business, you want to deliberately practice one marketing tactic for a meaningful period of time. I would suggest at least a month, but six months may be better, depending on the complexity of the skill.

Learning how to market? You need to know this distinction

If you want to become a masterful piano player, would you spend all your time watching videos on how to play Bach or Chopin? Could you read a book by the best players in the world and suddenly play like them?

Intuitively, we know that in order to get good at playing the piano, we need to spend time playing the piano. In other words, there is a big difference between knowledge acquisition and skill development.

Marketing your coaching business is no different. No amount of YouTubing and Googling will replace actual implementation of marketing tactics.

The distinction between learning and skill development is important because a lot of coaches, especially those who are a newer to the business get overwhelmed with too much marketing information. They keep learning but never implement. Meanwhile, the most successful coaches tend to proactively take action, learn from their mistakes, and keep going until they get proficient at marketing.

Meanwhile, the most successful coaches have spent enough time and effort deliberately practicing their marketing that they can count on it. They know that by doing X, Y and Z, they can produce results 1, 2 and 3. Once you have a predictable sales cycle, you have a business.

Commit to the doing with others who are equally committed

Learning a new skill can be discouraging because results don’t always come right away. Noomii’s group coaching program, Deliberate Growth, is designed for coaches who are committed to making the time and effort to grow a six-figure business. We're making the extra mile a crowded place.

Next, we’re going to take a look at hunting vs farming, a version that is safe for vegetarians.

Stephan Wiedner is the Co-Founder and Head Coach of Noomii.com. Stephan helps entrepreneurs and free thinkers forge their own unique career path.