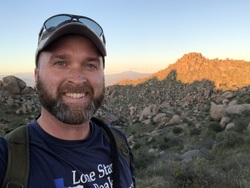 Certified in Hogan and MBTI® instruments, Graduate of West Point and US Army Ranger School

I'm a trusted ally for leaders like you. As a leader, you own it - succeed or fail. You're good and want to get better. You're serious about equipping your team. It's hard work. I can help.
Request Free Consultation

Thank you for your interest. I work with leaders who are committed to their own growth and to their people. They care deeply for the humans they lead and make an impact that includes but outlasts KPI's.

With over 20 years in the leadership domain, I've succeeded and failed. I understand the weight of tough decisions and the strain of high-stress environments. My unique blend of education and experience have equipped me to serve you well.

My leadership framework was shaped by my Army service. That can sound like "rigid hierarchy," but I watched the Army shift from a top-down process to an agile, bottom-up one. I learned countless lessons in empowerment, decentralized operations, risk management, culture, and teamwork.

After graduating West Point with a psychology degree, I completed Ranger School, where I later instructed. I led in combat in both Afghanistan and Iraq. In Iraq, we engaged in high-stakes negotiation and change management as we built relationships with tribal leaders and re-established governance, law enforcement, and basic services for the people of Eastern Ramadi.

After the Army, I worked on projects on decision-making, ethics, culture, and professional identity. I began teaching seminars and coaching hundreds of leaders using personality assessments. I used my GI Bill to obtain a Masters degree in Counseling at a seminary. And I started my own business.

My core identity is follower of Jesus - I'm amazed at God's love for me! I'm blessed with an amazing wife and three wonderful children. I grew up near Boston and we still root for their teams (and the G.O.A.T.)!

I've served executives, senior military leaders, not-for-profit boards, emerging leaders, and leader teams in industries like logistics, software, finance, police, construction, medicine and engineering. They would say I met them where they were in their leader journey and became an ally, sounding board, and truth-teller.

What's on your mind? Let's set up a call.

Have you worked with Jamey? Tell your friends!

My coaching experience with Jamey was unique, tailored, and extremely productive. His guidance and coaching allowed me to make great leaps in understanding myself, to better understand and lead others. He helped me develop the tools I required to be better a manager and mentor to my staff, especially as I transitioned into a new, elevated, and much more demanding position. The work was mine, but the guidance was all him. Simply, I am better for my time with Jamey and have a stronger clearer path to success.

Jamey engaged with our large leadership team to help us break down barriers and get to know each other in a way that helped us work better as a team. He uses great tools and assessments to support his engagements. His one-on-one coaching following our group offsite was instrumental in helping us reinforce the concepts we learned as a group. Jamey strikes a balance between empathy and going straight to the heart of an issue. I would highly recommend engaging him for a group or for one-on-one coaching.

Jamey is an insightful and thoughtful coach who uses data tools like leadership assessment with his year of experience to help you propel forward as a leader. I am better, more self aware, and more effective as a leader today because of my work with Jamey. His use of questions and demeanor in which he probes the depth of the issue creates a safe place to be vulnerable and open. Thats where the growth happens! Im so thankful for him.

I was lucky enough several years to work with a team who used Jamey for professional development. During that time, I began working with Jamey and saw my focus and productivity rise tremendously. When I was hired to lead a team, I brought Jamey on to help develop those staff members as had done for me in the past. He has a way of reaching people and holding them accountable in a non-threatening way. He helps me and my team leverage our strengths and overcome our weaknesses through honest feedback and cooperative goal setting. His presence in my life is largely responsible for my professional promotion as well as my personal growth. He makes me a better professional, a better person and a better parent. I would highly recommend Jamey as a coach for anyone serious about becoming the best version of themselves!

Jamey is an amazing coach. He was able to help me focus on blind spots so that I could grow in my leadership skills. His coaching directly resulted in several promotions and a very successful career.

Your work and your people need you at your best